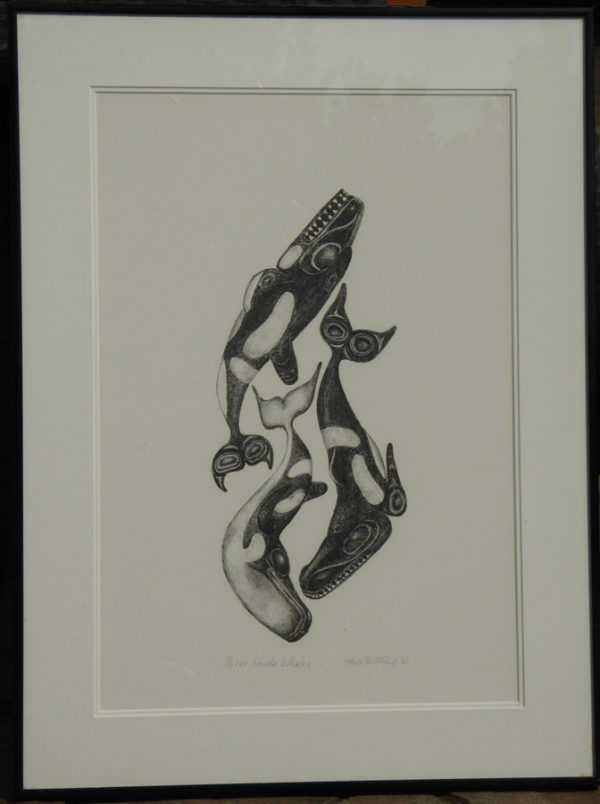 For sale is a print by the acclaimed Canadian Haida artist Bill Reid titled “Three Haida Whales”.
This dated 1985 lithograph has a low edition of 250 this being number 17.
The measurements are 24 X 18:  This print will be shipped without the frame unless it is local pick up.
Haida artist Bill Reid (1920-1998) was perhaps the best known Canadian Northwest Coast native artist of the 20th century.
A few of his significant contributions were his central role in reviving native art through his studying of historical techniques of native design; his carving abilities first in precious metal in jewelry and later in wood and other mediums. However, his most pivotal contribution was his ability to communicate to a much wider audience.
I have been selling native art on line since 1999 so buy with confidence.
Thank you for looking and please follow my store as new art is added often.